Iboga And The Bwiti School Of Life | Tatayo ~ ATTMind 130

Iboga is love; Bwiti is a way of life

You may be familiar with iboga due to its primary alkaloid, ibogaine, and ibogaine therapies being able to effectively reset opioid tolerance. For many people (but not everyone), a single ibogaine experience is able to help them kick their opioid addictions when all other medicines and therapies have failed.

But, modern addiction therapies are not the original context for the use of iboga. Like many of the psychedelics (although iboga is not technically a psychedelic, actually more oneirogenic), iboga’s original use was in the native spirituality of its native land. That land is Gabon, West Africa, and that spirituality is Bwiti.

There are a number of different Bwiti tribes and traditions, but all of them work with iboga (referred to in Gabon mostly as le bois sacre, “the sacred wood.”) Bwiti is not an ethnicity, but a way of life. Bwiti is a way of understanding and engaging the world inspired and informed by the lessons learned from iboga, and their iboga ceremonies, or initiations, are a social technology that invites banzis (initiates) into a deep encounter with the spiritual intelligence of the iboga.

Presently, there are many thousands of non-African people around the world who have experienced what iboga has to offer, and a subsection of those people have been through a Bwiti initiation. However, there was a first. His name is Tatayo and he is our guest for the show. Tatayo first went to Gabon in 1971, at the age of 21, and became a Gabonese citizen and settled in Libreville. He was the first white person to be initiated into the Bwiti Fang tradition in Gabon in 1979, and was later initiated into the Misokko traditions in 1994. Some would say that Tatayo has since “opened the door” to westerners in Gabon, and has served as a guide for numerous expeditions and missions including National Geographic, the BBC, and many others. He co-founded his first Gabonese NGO in 1981, which has since led to the creation of Ebando.

Ebando is a Non-Governmental Organisation that aims to give broader access to the fundamental tangible and intangible cultural heritage found in various regions of Central Africa (including forest habitats, savannas, rivers, lakes and lagoons). The organization seeks to encourage the transmission of traditional knowledge and practices including philosophy and oral traditions, art and crafts; and the healing skills of the Bantu and Pygmy peoples from the Ogooué basin region of Gabon.

Ebando has been helping to facilitate intercultural mediation between foreigners seeking iboga initiations, and the traditional carriers of those traditions. They have been helping to create mutually supportive and safe opportunities for people around the world to learn about and experience Bwiti culture, and Tatayo has been an important contributor to this process. Having initiated more than 350 banzis, he has directly supported hundreds and indirectly supported thousands of local people in Gabon, leaving a substantial positive footprint along the way.

He joins us on Adventures Through The Mind to discuss what he has learned about Bwiti after living in Gabon and working with iboga over the last 50 years.

Want to learn more about the Bwiti way of life? Bwiti: School of Life is a 4-part interactive webinar series that serves as a platform and voice for traditional practitioners of Bwiti in Gabon to educate and inspire anyone with an interest in the use of iboga, referred to in Gabon mostly as le bois sacre (“the sacred wood”). The series will provide a window into the beautiful and profound traditional uses, and how the sacred wood serves as not only a medicine, but a way of life in Gabon. The content aims to educate and connect people to the depth, artistry and wisdom of the traditions, as well as touch on themes of integral plant medicine practice and sustainability.

This is a unique educational opportunity. Rather than a materialistic view of the historical development of iboga and ibogaine in other contexts, we will explore the emerging and evolving cultural contexts of its use and the way that these practices and ideals have influenced global culture and approaches to healing and spirituality. Each 1.5 hour webcast will include short clips of video material collected in villages that practice various branches of traditional Bwiti, live presentations from guests, and Q&A periods for our online participants joining from around the world.

Use the promo code ATTMIND20 for $20 off your course 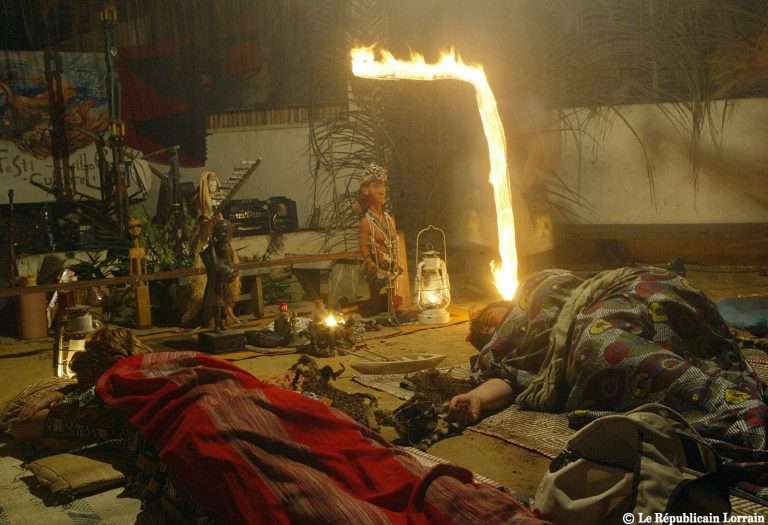